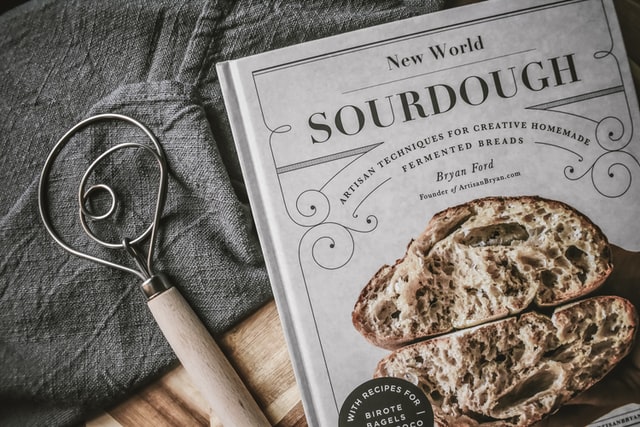 To understand and learn about any culture, one of my favorite places to start is through its food. Food is one of those universal things that can connect a room full of strangers who may not even speak the same language. Food is complex, incredibly diverse, and filled with a profusion of creativity that helps foster community. It’s one of those things that sparks an “aha” moment around any given table.

When it comes to understanding American cuisine we need to understand Black culture and their food because it’s what inherently makes up American food. With years of enslavement and servitude, followed by a resurgence of soul food and Southern cooking, build on African cooking traditions that date back centuries. It’s paramount to understand that African Americans haven’t just contributed to American food, but rather, are central to it. It’s because of their traditions that we have the foundation for our agricultural system, along with other American food traditions.

With that being said, the number of Black chefs who make this incredible food continues to be unjustifiably low compared to their white counterparts, making the influence of Black chefs on American cuisine hard to ignore. While Black fare has been illustrated as being one-dimensional (think of the stereotypical macaroni and cheese and fried chicken), the authors of hundreds of cookbooks that span across multiple generations show the diversity, range, and intellect of Black chefs and Black culinary traditions across the Diaspora. So, whether you like your food sweet, savory, spicy, or are a meat-eater or not, we rounded up some awe-inspiring cookbooks by Black chefs and authors that belong in your kitchen.

Cookbooks From Black Chefs And Authors To Cook From Now:

1. In Pursuit of Flavor: The Beloved Classic Cookbook from the Acclaimed Author of The Taste of Country Cooking
Known through the generations as “The Great Dame of Southern Cooking,” Edna Lewis (https://www.womenshistory.org/education-resources/biographies/edna-lewis) continues to be one of the most revered Black chefs in American history. Born and raised in Freetown, Virginia in a small farming community that was founded by her formerly enslaved grandfather, Edna had a unique style of cooking. She loved using seasonal and freshly picked ingredients like collard greens, tomatoes, various squash varietals, and more, making her a legend in the South, New York, and beyond. In this cookbook, Edna shares a mixture of personal childhood recipes, as well as some newer ones she discovered later in life. Though she is not with us anymore, her recipes and teachings will forever stay with us.

2. Jubilee: Recipes From Two Centuries of African American Cooking by Toni-Tipon Martin
If you’re serious about wanting to learn about Black culture and its cuisine in the United States, consider this your modern guidebook. Toni-Tipon Martin is an acclaimed food journalist, and for years she has introduced the world to Black cooks who have established much of what’s considered to be our national cuisine. As if that wasn’t impressive enough, Tipton-Martin was announced as the winner of the Julia Child Award in 2021. In Jubilee, Tipton-Martin brings the culinary artists of our time into our kitchens. Through recipes and soul-filled stories, cook along with these pioneering figures, from enslaved chefs to middle-and upper-class writers and entrepreneurs. From tantalizing dishes like Gumbo Z’herbes, Sweet Potato Biscuits, and Pecan Pie with Bourbon, get to learn some of the oldest and most popular recipes that show the roots of African American cooking.

3. Everyone’s Table: Global Recipes For Modern Health by Chef Gregory Gourdet
By now, if you’re a food lover you may already know who Chef Gregory Gourdet is. He is a Portland, Oregon native, Top Chef Alumni, and the owner of his very own restaurant Kann. Everyone’s Table features an array of healthy recipes (200 to be exact) inspired by his cultural and sober lifestyle that utilizes superfood and antioxidant-packed ingredients that are inherently full of flavor. While Gourdet is known for his Haitian background, he utilizes his French techniques to bring us health-forward dishes that are completely reimagined.

4. Sweet Potato Soul: 100 Easy Vegan Recipes For Southern Flavors Of Smoke, Sugar, Spice, and Soul
Traditionally when we think of soul food, we often think of dairy and meat-heavy dishes. However, Jenné Claiborne was able to shake this idea and introduced how veganism and vegetables could transform this cuisine. In Sweet Potato Soul, Claiborne replaces sizzling bacon with smoky tempeh and shows how just about anything can be made dairy-free. This cookbook is for anyone, whether or not you’re vegan. Learning new iterations of recipes that utilize a variety of ingredients to impart more flavor is always fun. And hey, you may not miss the traditional Louisiana Etouffee when you try her oyster mushroom rendition.

5. Cooking Solo: The Fun of Cooking for Yourself by Chef Klancy Miller
At a time when 35 million Americans live alone, Klancy Miller is here to help demonstrate that cooking for one is something to embrace. Typically, cookbooks are filled with recipes that serve 4-6 people, and the idea of scaling down ingredients and adjusting cooking times can be rather tedious and irritating. However, Cooking Solo gives its readers exactly what they need to make an incredible meal all for themselves. Next time you want to fire up the UberEats app, I urge you to think twice and pick this book up instead. From recipes like Mackerel with Lemon and Capers to a Tahitian Noodle Soup and a Goji Berry Fruit Salad, cooking for one brings out the joy in solo cooking.

6. The Rise: Black Cooks and the Soul of American Food by Chef Marcus Samuelsson
A highly esteemed James Beard award-winning chef and food activist, Marcus Samuelsson , emphasizes the influence that Black chefs and creators have had in the American culinary culture. In his most recent book, The Rise is a thoughtfully curated piece that contains 150 recipes that honor top food creators, writers, and activists in the Black community that accent the impact and bold genius of Black cuisine. These dishes go beyond soul food and introduce assorted ingredients that span across various African cultures.

7. Afro-Vegan: Farm-Fresh African, Caribbean, and Southern Flavors Remixed by Bryant Terry adapts and remixes the favorite ingredients, staples, and classic dishes of the African Diaspora to present over 100 new and culinary creative combinations that will impress vegans, omnivores, and anything in between alike. Afro-Vegan was named One Of The Best Vegetarian Cookbooks Of All Time by Bon Appétit. With this being the fourth book, it’s safe to say that Terry knows a thing or two about vegetables. Leaning on his international and West and East African flavors, Terry provides a paramount reminder for the plant-based community: Veganism would not exist without Black folks. To learn more about this dynamic, be sure to check out this book and his latest book Vegetable Kingdom for a beautiful array of vegetable dishes that you won’t be able to forget.

8. Black Girl Baking: Wholesome Recipes Inspired by a Soulful Upbringing A 2019 James Beard Foundation Book Award Nominee , Black Girl Baking is Jerrelle Guy’s astonishing collection of recipes blended with her own childhood stories. With recipes like Orange Peel Pound Cake, reimagined Rosketti cookies, and Pickled Dukkah Bread, Guy takes her readers on an intimate and sensory baking journey that evokes and tastes of nostalgia- but with different ingredients. Using whole flours, less refined sugar, and vegan alternatives, there is surely something for everyone in this offering.

9. New World Sourdough: Artisan Techniques for Creative Homemade Fermented Breads; With Recipes for Birote, Bagels, Pan de Coco, Beignets, and More
This book couldn’t have come been more timely, even if it had tried. Created by Afro-Latino bread enthusiast Bryan Ford shows us his love of all things dough. During a time when everyone was home and left to their own devices during the midst of the pandemic, sourdough bread making was trending at an all-time high, something no one could have imagined. Leaning on his Honduran roots and New Orleans upbringing, Ford offers an inviting, nontraditional approach to baking a copious amount of inventive sourdough bread at home. His recipes include step-by-step instructions and photographs of all of the mixing, shaping, and baking techniques you’ll ever need to know as well as developing flavor. With recipes like Pan de Coco, Ciabatta, Pita Bread, and Challah, you’ll want to return to these recipes again and again.

10. Between Harlem and Heaven: Afro-Asian-American Cooking for Big Nights, Weeknights, and Every Day A 2019 winner of the James Beard Award: Best American Cookbook, Between Harlem and Heaven presents a captivatingly original cuisine. Alexander Smalls and JJ Johnson make a strong point for the essential recognition of Afro-Asian-American cooking as its own cuisine. Both stewards of the vibrant Harlem community, the two chefs provide a global context for the recipes they share. Their flavor profiles were shown through their unique recipes like Green Apple Curry, Grilled Watermelon Salad with Lime Mango Dressing and Cornbread Croutons, and Curry Crusted Cod with Hominy Stew exhibit the endless possibilities of Afro-Asian flavors.

Related Stories:
What Food Trends Can You Expect To See In 2020?
9 Anti-Racist Books For Every Child And Teen
How To Be An Ally To Someone Who Doesn’t Look Like You

6. The Rise: Black Cooks and the Soul of American Food by Chef Marcus Samuelsson
高く評価されているジェームズビアード賞を受賞したシェフ兼食品活動家のマーカスサミュエルソンは、黒人のシェフとクリエーターがアメリカの料理文化に与えた影響を強調しています。彼の最新の本では、The Riseは、黒人料理のインパクトと大胆な天才を強調する、黒人コミュニティのトップフードクリエーター、作家、活動家を称える150のレシピを含む慎重にキュレーションされた作品です。これらの料理は、ソウルフードを超えて、さまざまなアフリカの文化にまたがるさまざまな食材を紹介しています。